The territorial distribution of old age: does a greater number of older people mean greater ageing? 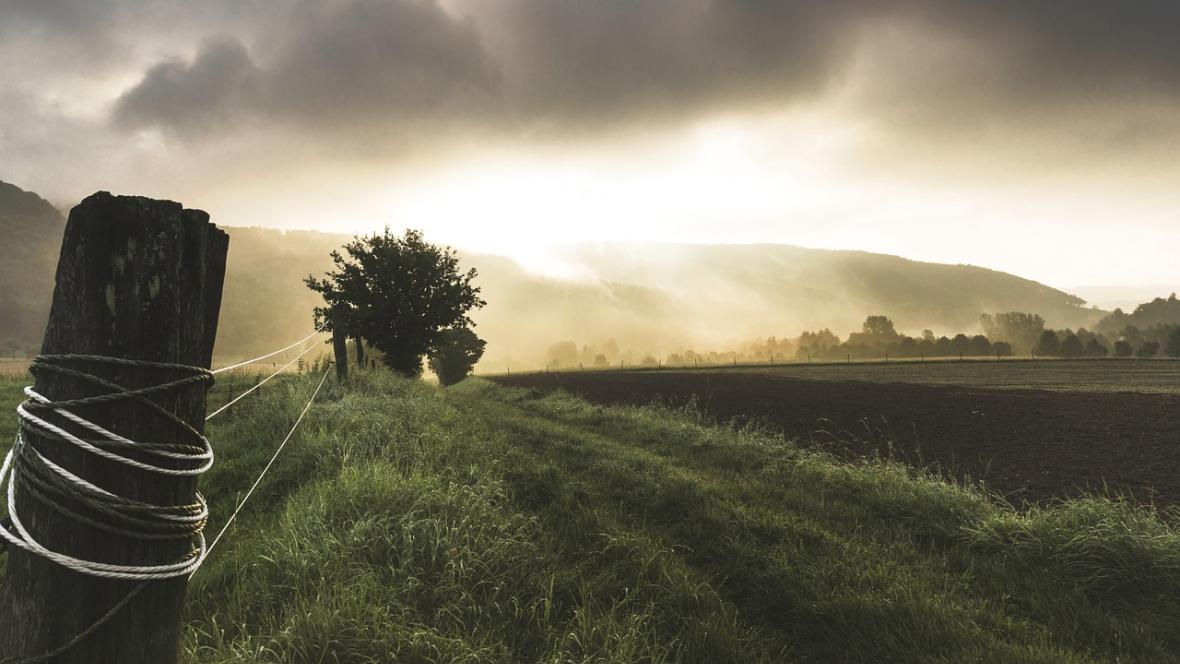 We already know that the characteristic ageing of our society is a phenomenon that results from the convergence of different demographic processes: we live longer (which is a great social achievement) but also fewer children are born (which is not). Thus, when we speak of an ageing society, we are not only referring to the increase in life expectancy, but other variables influence this process. We are also talking about the birth rate and the percentage of children, no doubt (the base of the population pyramid). Indirectly, when we talk about the ageing of specific territories, that statement also contains other issues such as the residential mobility that takes place in that place: population that receives from other territories and population that emigrates.

There is no doubt that one wonders which regions of Spain are older or in which regions there are more elderly people. There are two different questions: if a region has a larger population, it is logical that it also has more elderly people. It is important that we take into account the total numbers in order to respond to potential needs. For example, how many places in day centres could we need or in general, what type of resources and in what number do we need them in order to solve the demands of this number of elderly people. However, if what we want to know is which areas are comparatively older, we will pay attention to the proportion of older people: what percentage of the total population is over 65. This data would allow us to know other issues related to demographic sustainability, the distribution of economic and social burdens... As long as we also have other data, of course. In itself, the data does not necessarily give us data on the sustainability of pensions at territorial level, because we do not know what percentage of people work or are in a position to do so (for this we would need more data on employment and social security affiliation). Let's take an extreme example: a society with a low percentage of older people could be made up of a very high number of children (I said it was extreme, Spain with its low birth rate would certainly not be) and very few adults of working age. We therefore need to know more data. But in general, it does give us an approximation of how the population is distributed and which areas are comparatively older, which is what we are going to see today. We could also look at over-ageing (over 80 or 85, depending on the threshold, over the total over 65) if we want to get a clearer picture of needs. Let us remember that the elderly is a very heterogeneous group that occupies an ever-increasing number of years.

In order to know the situation in the Spanish territory we are going to analyse both the number of elderly people by region and the proportion of each territory with the latest available data - January 1, 2019 - thanks to information from the continuous census.

The regions on the map that appear darker are those with the highest absolute number of elderly people. This figure is directly related to the total number of population (again: the more population the normal thing is also to have a greater total number of elderly people). However, this does not mean that these areas are necessarily older. We can remember our previous example. To see the relationship between the two issues, we will analyse the percentage of older people over the total population of each region. And as we can see if we compare the information in map 1 with the data in graph 1, they are not coincident: 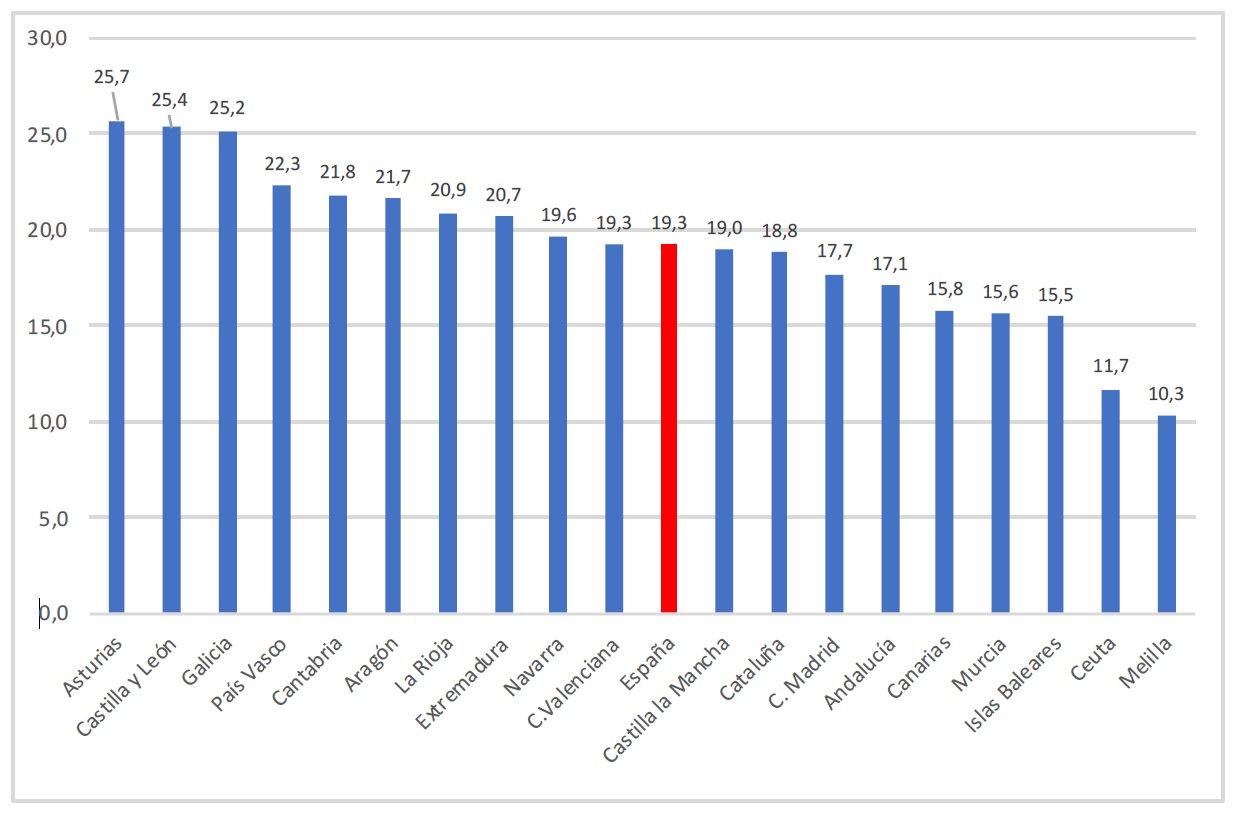 Source: Prepared by the authors based on statistics from the Continuous Register (National Statistics Institute). Provisional data as of 1 January 2019.

A clear case on the relationship between both issues would be that of Andalusia: it has the highest number of people over 65 in Spain (1,439,626) but its ageing is below the Spanish average: 19.26% of people living in Spain are over 65. Let us remember that the total number of elderly people resident in Spain is 9,055,580 and the total population at 1 January 2019 is 47,007,367 people. What we can see very quickly with the figures above is that there is a clear difference between the north, which appears older, and southern Spain. Asturias, Castilla y León, Galicia, País Vasco and Cantabria would be the oldest regions, compared to the autonomous cities of Melilla and Ceuta (which have a difference of more than 15 points! with Asturias and 9 percentage points with the Spanish average) followed by the Balearic Islands, Murcia and Andalusia.

Why is it important to know the above? Both the relative weight of older people and their total number have to be taken into account when designing public policies at territorial level. Not only in terms of pensions (which would be a matter to be dealt with at national level), but also in terms of other aspects of improving the quality of life of the elderly population and of the population in general. Aspects referring to social and socio-health services, questions referring to care and its planning (both private and public) as well as other aspects and manifestations of social and family solidarity (which has two directions), to give some examples. To be more effective, we should pay attention to local data. But considering that the framework that determines the scope of certain policies is regional (in that sense we are a decentralized country, which is positive because in theory it is simpler to plan and implement social policies from these intermediate levels) this would be a first level to take into account. With these data we could also rethink and strengthen from a regional level the need for actions to increase the frequency and quality of intergenerational relations. If the population structure is changing, we need to adapt to it in a positive way, not only at the level of its organizational structure, but especially in the forgotten dimension of social relations and in ways of strengthening them from the public level. If we want our society to be inclusive, this means taking into account the structure of the population and the representation of older people in it. 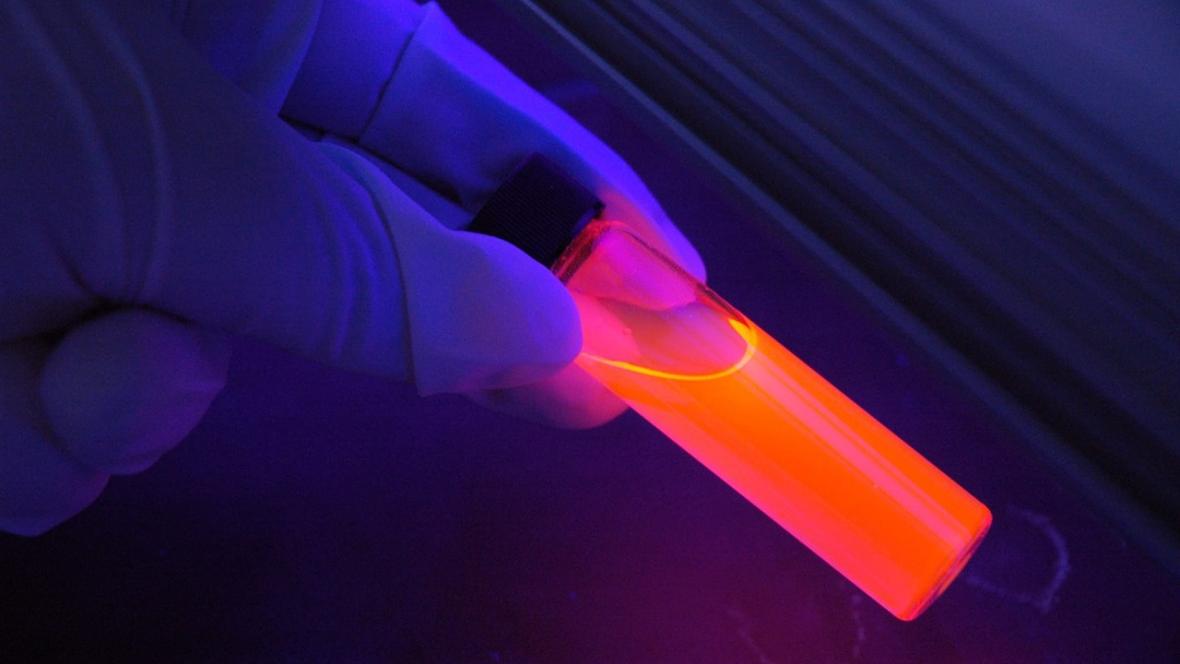 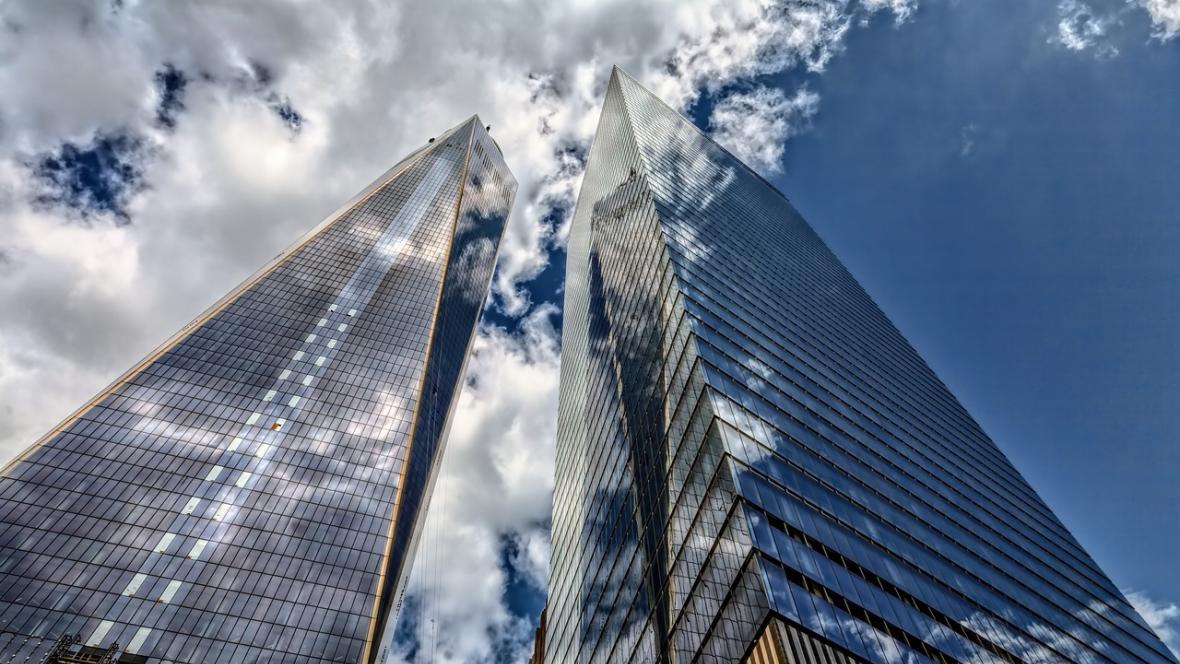 Next →
Los cambios en las transferencias intergeneracionales en Estados Unidos desde 1961 a 2016
Under the framework of: