General Foundation of the University of Salamanca 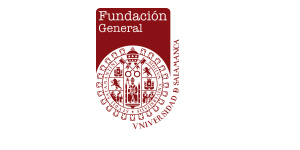 The Fundación General de la Universidad de Salamanca (General Foundation of the University of Salamanca) was conceived in 1998 as a body pointed to the fulfillment of the purposes of the University of Salamanca, in order to promote University-Business relationships, to contribute to the cultural and professional training of the university graduates, to develop graduate and continuous learning activities, to disseminate scientific and technical knowledge and to detect the needs of I+D+i (research, development and innovation).

In conjunction with scientific, technologic and business communities, the Foundation leads projects that contribute to face the challenges our society deals with. In this sense, the Ageing has become since 7 years ago in one of their lines of actions through institutional and international collaboration projects.

The Ageing of Population constitutes a source of creativity, of research, innovation and economic expectation of the first magnitude. That is why the General Foundation of the University of Salamanca has made of Ageing a strategic and priority axis; and within the framework of the International Centre on Ageing, it works to promote new professions for a different society, promotes research and innovation, and above all, seeks answers that would allow a better understanding of ageing and thus contribute to the purpose of achieving a better quality of life for the elderly people. 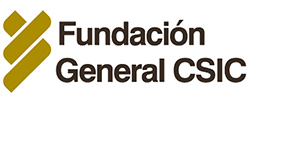 The Fundación General CSIC (General Foundation CSIC) is a private, non-profit entity that acts as a promoter of public-private commitment to research, in order to achieve greater effectiveness and penetration of public research results in society.

It was created in 2008 thanks to the support of its patrons and the Spanish National Research Council (CSIC), the most important public research institution in Spain (and third in Europe by volume of scientific production). Its objectives are to promote and articulate private funding for the development of research aimed at responding to the challenges of the economy and society; to support the transfer of knowledge to increase the economic and social value of research results; to strengthen the comprehensive training of scientific professionals and to enhance their educational potential; to encourage society to become more aware of scientific knowledge by making it aware of the decisive role of science in its welfare and development.

The Fundación General CSIC acts in collaboration with social institutions interested in the progress of R&D&I in Spain, and acts as an interface with the other agents in the science, technology and innovation system, with the ultimate aim of contributing to the progress of the Spanish production system and responding to society's present and future demands. Within this framework, the FGCSIC has, since its inception, been sensitive to the phenomenon of individual and population ageing, considering it to be a source of challenges of all kinds, to which scientific research must try to respond. 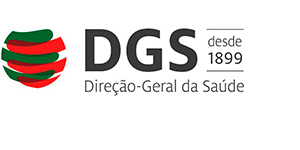 The Direção-Geral da Saúde (Directorate General of Health) is a government agency of the Health Ministry of Portugal, and is competent to, among other things: to guide and develop public health programs; to improve the health care benefits and the continuous clinical and organizational quality; coordinate and ensure the epidemiological surveillance at the national level; prepare and circulate health statistics, accompany the Atendimiento do Servicio Nacional de Saúde; ensure the production and execution of the National Health Plan; coordinate the activities of the Health Ministry in the field of European and International relations.

Since the DGS is responsible for the development of guidelines of public health in Portugal, particularly in the policies for the promotion of active ageing, participation in this project will be, without doubt, an important catalyst in this regard.

As one of the most ageing countries in the world, Portugal pays special attention to the issue of active ageing. In this way, the support and participation in initiatives of this nature would allow not only the training of new professionals but also the establishment of an observatory on ageing and reference centers for the promotion of active ageing, which is of fundamental interest.

The DGS has a presence throughout the Portuguese national territory, and in this project will act, especially, in the set of cross-border territories. 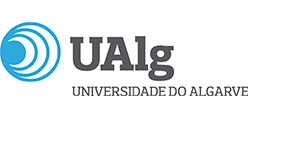 The Universidade do Algarve (University of Algarve) in Portugal is a young and dynamic institution that currently has about eight-thousand students.

Being the center of reference in southern Portugal, the UAlg is recognized because of its excellence in scientific research, the quality of their teaching and the close relationships it establishes with society.

Distributed by its four campuses, three located in Faro and one in Portimão, it offers more than 150 initial and graduate courses, in its various areas of academic training.

Research activities are developed mainly within the framework of eight research centers, inserted in the universe of the Foundation for Science and Technology, and twelve Development and Studies Centers.

The volume of scientific research projects and the creation of graduate courses associated with the networks whose these Centers give life to, constitute the development guidelines that reflect on the life of the university.

Located in southern Portugal, in a region of Mediterranean climate sought by thousands of tourists, the UAlg is based in Faro.

The exchange programs of both students and professors with foreign universities of all continents are core strategies for the UAlg, that receives about 1300 foreign students each year, distributed in more than 70 nationalities.

The UAlg integrates the global ranking of universities, organized by the publication Times Higher Education (THE), placing it between positions 601 and 800, and in the 6th place among the nine Portuguese universities included in the list of more than 1000 institutions from 77 countries. At the national level, it obtained the best result in the internationalization sector, with relevant results in the knowledge transfer and number of references.