Aubrey de Grey e Iñaki López fill up with questions and answers the inauguration of the dialogues cycle “Conversations in Salamanca: Understanding the Ageing process”

The renowned biomedical gerontologist Aubrey de Gray and Iñaki López, journalist and host of the program La Sexta Noche, were in charge of inaugurating last Thursday, day 30, the cycle of dialogues "Conversations in Salamanca: Understanding the Ageing Process", organized by the International Centre on Ageing. 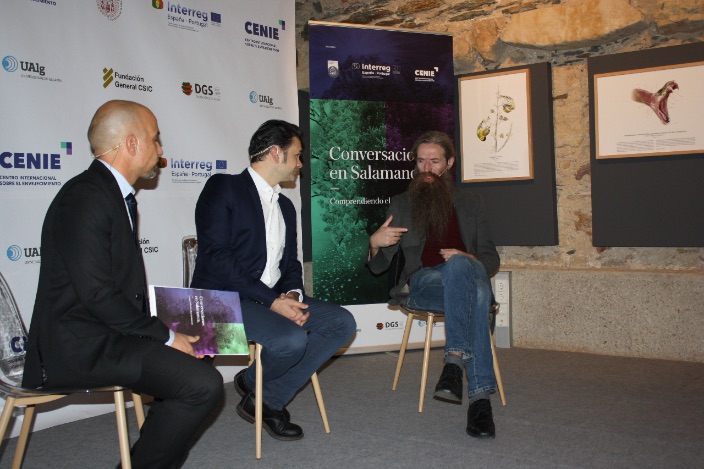 Afterwards, the English researcher spoke, to more than 350 attendees, about "Biotechnology of rejuvenation. Why in the future will age not mean ageing?". The scientist had a phrase to catch the attention of the public "The people who are in this room today can live up to a thousand years, two hundred years more than the University of Salamanca.”

The gerontologist and biomedical scientist defends that ageing is not just a health problem, and that it can be reversed with the right research and funding "ageing will not be inevitable, as long as funds and financing are obtained in order to carry out more research".

The scientist repeatedly criticized the passivity in front of this problem "we have the opportunity to develop this type of medicine in the next 20 years, but without funding it will take more than 100 years", taking advantage of the opportunity to chisel "overpopulation, immortal dictators, the collapse of pensions ... none of these problems caused by longevity are as serious as ageing, we have to stop being cowards! "

Aubrey de Gray holds a firm position on the problem of ageing, something that for him prevents the quality and quantity of life of every one of us, giving some of the keys to reverse it. Therapies and techniques that go through surgical interventions that can replace organs or work specifically on new advances with the study of DNA or stem cells "It would try to slow down the ageing process." 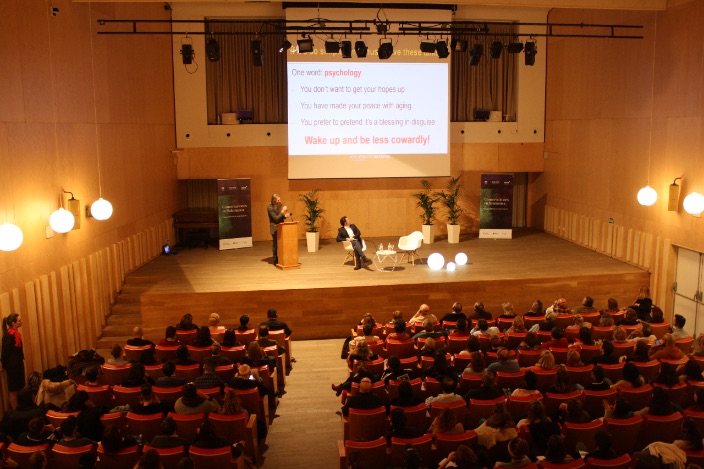 To conclude, a wide dialogue was opened with Iñaki López and the attendees, a full auditorium, with a great representation of the university community, leaving as the culmination of the conference the premise "current treatments are expensive because they really do not work to fight against ageing. The short-term investment will make medicine in the future as affordable as it is now.”

"Conversations in Salamanca: understanding the ageing process" are part of the action plan that the General Foundation of the University of Salamanca develops, within the framework of the International Centre on Ageing (CENIE), an initiative approved by the INTERREG VA Cooperation Programme, Spain -Portugal, (POCTEP) of the European Union.