The General Foundation CSIC introduces the International Centre on Ageing

The General Foundation CSIC (FGCSIC) has presented, in the Student Residence, the International Centre on Ageing (CENIE), during the event "Breaking boundaries in Ageing research”, which was attended by the president of the CSIC, Rosa Menéndez López, the director of the Student Residence, Alicia Gómez-Navarro; and the general director of the General CSIC Foundation, Miguel García Guerrero.

The progressive increase in the population over 65 has become a determining factor at all levels (economic, social, scientific, etc.). The forecasts of the European Commission contemplate a great increase of this population sector, which in 2060 will represent 30% of the European population. This trend is even more pressing in Spain and Portugal, especially in its cross-border regions, where it is expected that the number of older people will far exceed the European average, transforming ageing into a challenge for the present and future of these territories.

In this context, the International Centre on Ageing was born as a response to the phenomenon of ageing. Its main mission is to consolidate itself as a center of international excellence in terms of research and innovation in the area of ageing, leading, through cross-border collaboration, the development of knowledge and research in this field.

The CENIE project, endowed with a total budget of 6,643,333 euros (co-financed by the FEDER funds at 75%), is led by a consortium made up of the General CSIC Foundation, the General Foundation of the University of Salamanca, the General Directorate of Health of Portugal and the University of Algarve, and aims to develop a common vision between Portugal and Spain in the face of this new social reality. The General CSIC Foundation provides CENIE with its experience as a platform for knowledge transfer, increasing the economic and social value of public research, as well as promoting public-private commitment to research.

Objectives of the International Centre on Ageing 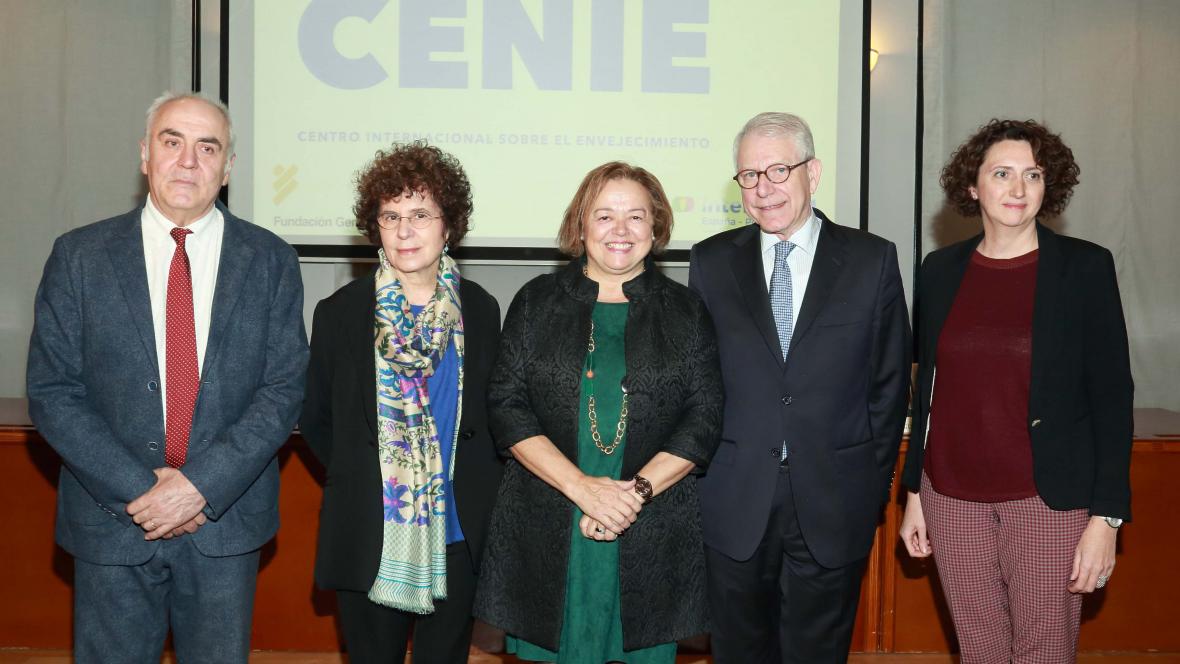 The International Centre on Ageing, which is part of the INTERREG VA Spain-Portugal Cooperation Programme (POCTEP) 2014-2020, financed by the European Regional Development Fund (ERDF), seeks to sensitize society through its action and generate a change of attitude that promotes ageing as a source of opportunities and not as a threat. It also wants to promote research in the field, supporting in-depth and more specialized scientific knowledge on personal and population ageing, and encouraging the interest of new researchers and new professional profiles in this area.

The act “Breaking boundaries in Ageing research”, attended by almost a hundred specialists in the area of ageing, has been an occasion for meeting with our neighboring country, and had the participation of Ma. Dolores Puga González, scientific head of the Institute of Economics, Geography and Demography (CSIC), who gave the lecture “An interdisciplinary look at research on ageing”; and Javier de Felipe Oroquieta, research professor at the Cajal Institute (CSIC), who talked about “The relevance of brain plasticity in active ageing”.

The act has been closed by the president of the CSIC and its Foundation, Rosa Menéndez López.