Does old age make us equal? "All old people are equal" 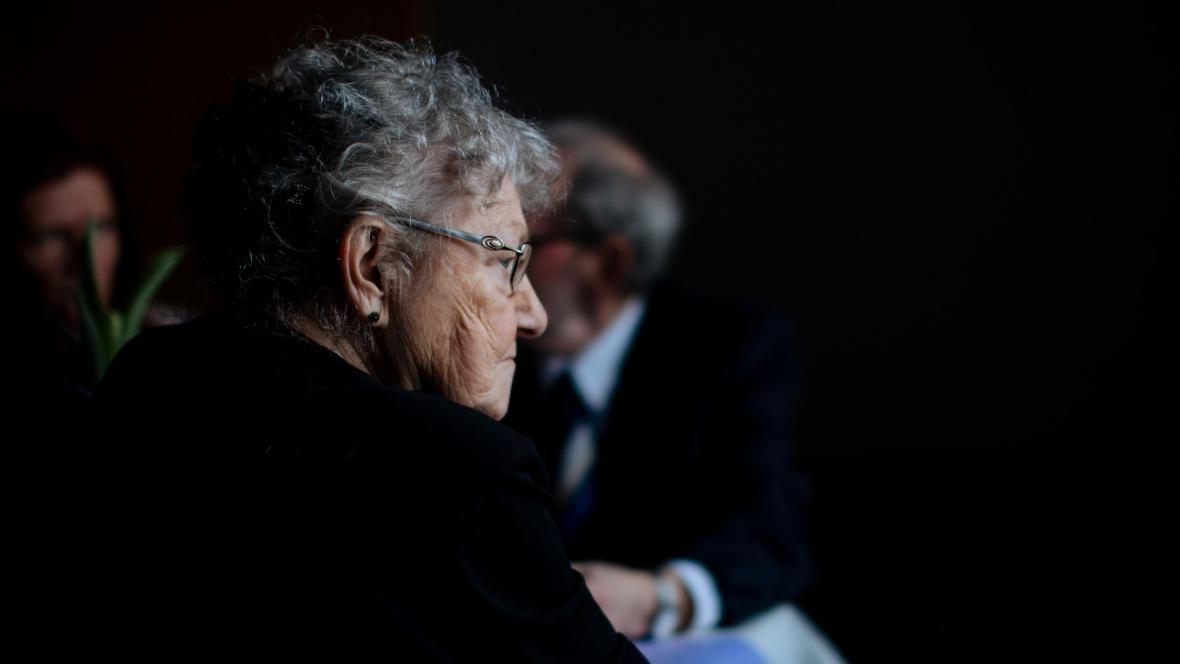 In general, I like to give talks and attend the ones I can, just like teaching at the university, because they generally fill me with energy, enthusiasm and new ideas. Undoubtedly, and although the online world provides us with many facilities, sometimes it saves us time (sometimes, on the contrary), the face-to-face world allows an opportunity for interaction that is generally easier, even more profound. After a "live presentation" some people come up to talk, to consult something or to clarify a question, and these, and above all the debate that arises live, is one of the ways in which knowledge becomes cumulative, social, an interactive knowledge that is bathed in reality, so to speak. Each person who comes to speak or takes part in a presentation (either as a speaker or from the audience) is creating shared knowledge, offering their knowledge and ideas, contributing different ways of looking at the same idea, sharing anecdotes and, in any case, creating wealth. That is the reason why I like to teach; more than for what I manage to transmit -which, without a doubt, and when it is really achieved, is one of the best sensations in the world-, for everything I can learn. When conversations are generated with the audience - one that participates and gets involved - I find it one of the richest processes of knowledge acquisition and construction.

Last week I was lucky enough to participate in a seminar on Accessibility by Right organised by CEAPAT. For those who don't know what it is, this is the State Reference Centre for Personal Autonomy and Technical Aids, which depends on IMSERSO (yes, those people who do much more than just organise trips). The conference was very interesting (we will talk more about it) but above all it helped me, through the contributions of my colleagues at the table, the questions from the audience, the conversations between coffees and the previous preparation of the presentation, to reflect on the issue of heterogeneity in old age. I insisted on this during my presentation, and not for the first time: old age is not a kind of magic threshold that, once crossed, solves all our needs or makes the reasons and variables that explained the inequality throughout the life cycle disappear. Nor does it make us part of a kind of single-minded club, where our "I" disappears. Although we talk about old age, old people, elderly people, to refer to a series of people (more than 9 million, mind you) as a group, this group is not made up of equal, uncritical elements, different from the rest, but equal to each other.

Today there is a social focus on difference and individuality, on the development of one's own personality. However, it seems to be assumed that turning one's birthday puts an end to this individuality and makes us equal, as if each birthday would consign the particular qualities of the person to oblivion and condemn us to be part of a kind of uncritical mass of the population. It seems to me that this is the case every time we allude to older people as groups (quasi-lobbies) with homogeneous behaviours and attitudes, under statements such as: "old people/older people vote..."; "old people/older people like..."; "old people/older people like...". But is this real or is it one more of the stereotypes and prejudices we have about ageing? Do all older people vote the same? This is something that sometimes seems to be asserted in voting analyses, is it true, do they all think the same, do they read the same books and watch the same films, or perhaps none of them do - neither vote, nor read, nor watch films - in pursuit of the equality that we attribute to them from outside?

If the answer is "yes, they all do everything exactly the same", at what point does this equality, this heterogeneity, come about? At what point in life does their way of understanding the world, their tastes, their hobbies, converge?

Does this tendency to group behaviours and attitudes and to submerge individuality in the group happen to us in general? Does it happen to us just as easily when we apply it to other age groups? Take childhood, for example, as an age group at the other end of the life cycle. Being very loose in the definition, we could consider that this group would be all people under 18 years old, although we are very clear that a preschooler has nothing to do with a 14 year old teenager - well, the terrible 2 years, the inclination for no and adolescence sometimes resemble each other, but this is still a bad joke -, in the same way that we know that between a 1 year old baby and a 3 year old child, light years go by. What's more, even 6 months of time at these ages is a chasm. As this is a stage of life in which many developments take place, you may not accept the comparison, so let's take another example. I am going to cheat myself a bit because our society also has a certain tendency to say "young people are..." and I give the following group as an example. The forgotten middle ages.

Let's think about that group that, it is considered, is no longer young. Some years ago we were considered young up to the age of 29, but then this age was extended to 34 (I refer here to European statistics). Let's take a 35 year old (no longer young according to this classification) and a 49 year old (still far from the category of an old person). Do they think alike? Do they like the same music? Do they watch the same films? Well, it may be the case that they do, that they vote for the same political parties, that they go to the same concerts and that they have preferences for the same style of cinema, but these will be more coincidences of chance than of causality. In other words, the fact that they belong to the "not young/not old" group does not submerge them in the same sense of identity, nor does it homogenise their tastes. There is only a 14-year difference between them, but an analysis that submerges them under homogeneity on the basis of age would seem to us to be an erroneous analysis, crude to say the least.

Why does it seem to us a valid basis for analysis when we talk about older people? If we analyse (mere quantitative analysis) the group that makes up old age, in Spain this includes people from 65 to 115 years of age (which would be the oldest person in Spain, if I am not mistaken). In other words, the range of old age, if we take the data for Spain, is more than... we are talking about a range of... 50 years!!!!! With the age pyramid of the 65+ group (data from the 2021 municipal census of inhabitants, from the National Institute of Statistics) we can get a visual idea of this question, although the table below may be clearer: 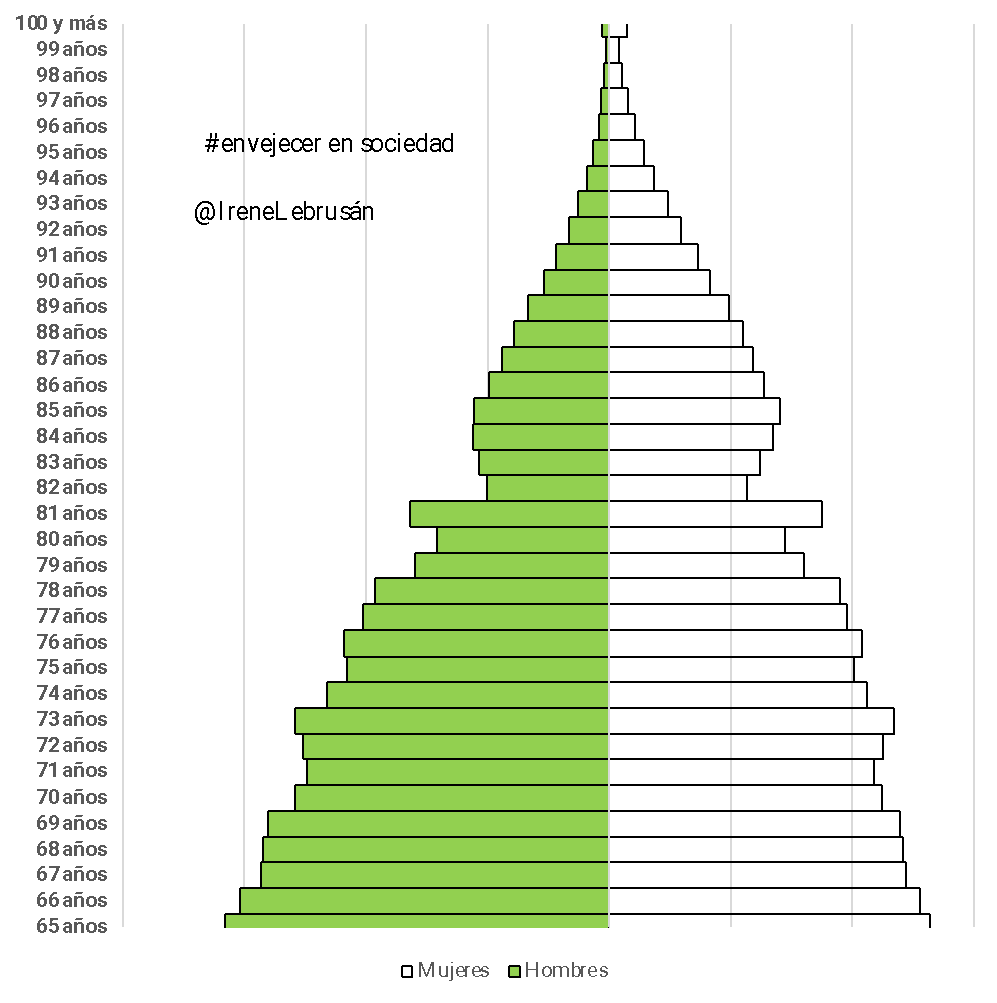 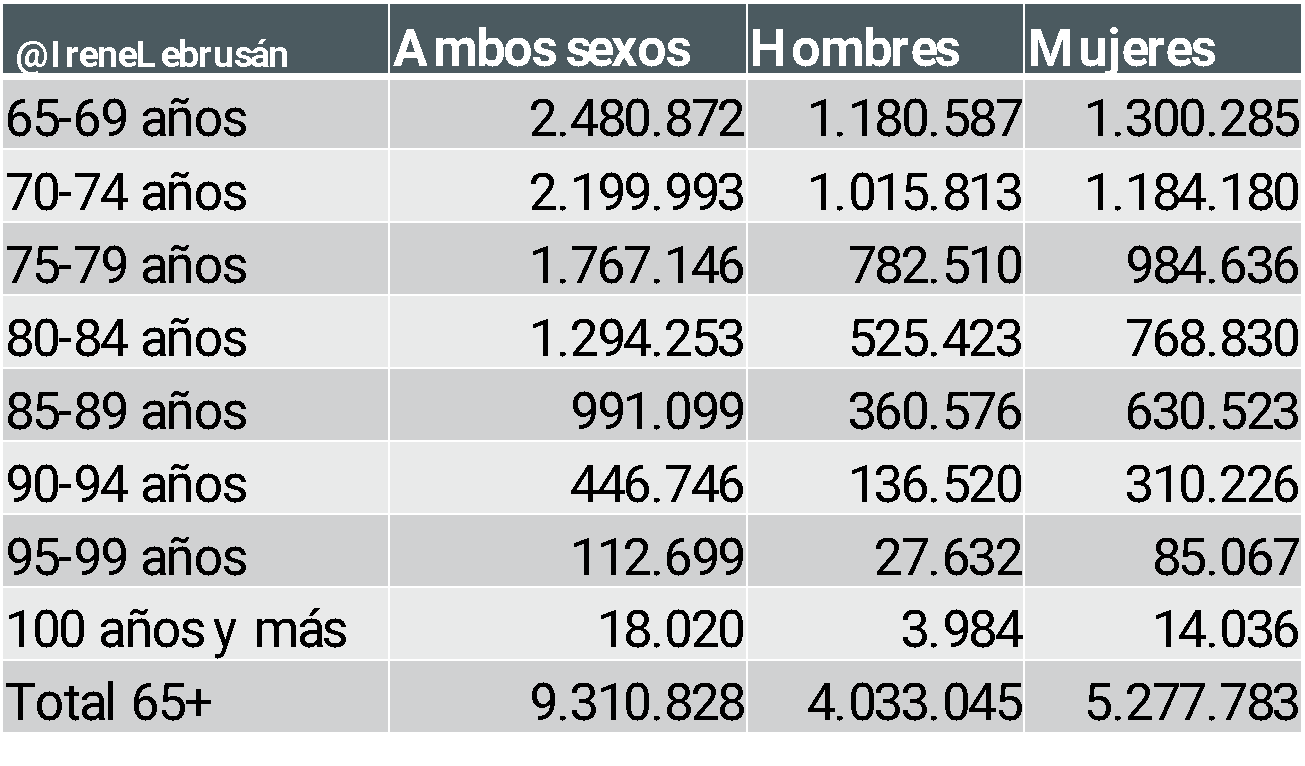 If we can understand that among the million men between 70 and 74 there will be differences (or do we believe that these 1,015,813 people will be the same and act in the same way?) Why do we assume that they disappear when we talk about the whole? Encouraged by different stereotypes we assume that their needs, visions, necessities, are the same, shared. If we take a look at the press, at the TV news, this is the reality that seems to be conveyed. I am aware that, when we say "old people are", we are not thinking specifically about the breadth of this age range, but we are shaping a kind of "average image of old age". But, in addition to the fact that this "average" idea of the elderly is often loaded with stereotypes, does it not seem to you a form of condemnation and loss of richness of this population group?

Grouping and assuming this "average" image when thinking about a certain group is a relatively natural psychological simplification exercise; we receive a lot of information and it is much easier to group and simplify. However, once we are aware that we are talking about so many people within the same group, we cannot help but think about other differences beyond even age, which is telling us that their life experiences have been vastly different and, therefore, their worldviews (even apart from their individual characteristics) will also be very different. Undoubtedly, other issues come into play that have little to do with the year of birth, such as gender, socio-economic background, where they were born and where they grew up, structural and circumstantial issues, and, above all, their personal life history, their tastes, their interests. Their individuality. People's hopes, tastes and needs are not homogenised by the fact that we have a birthday. 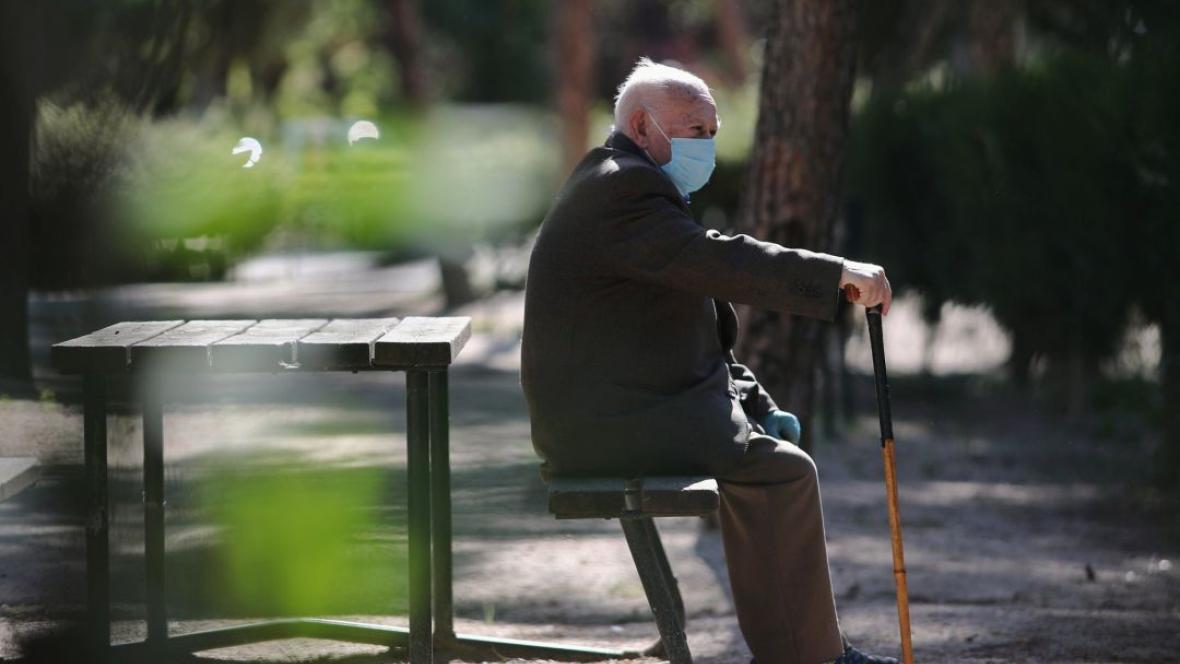 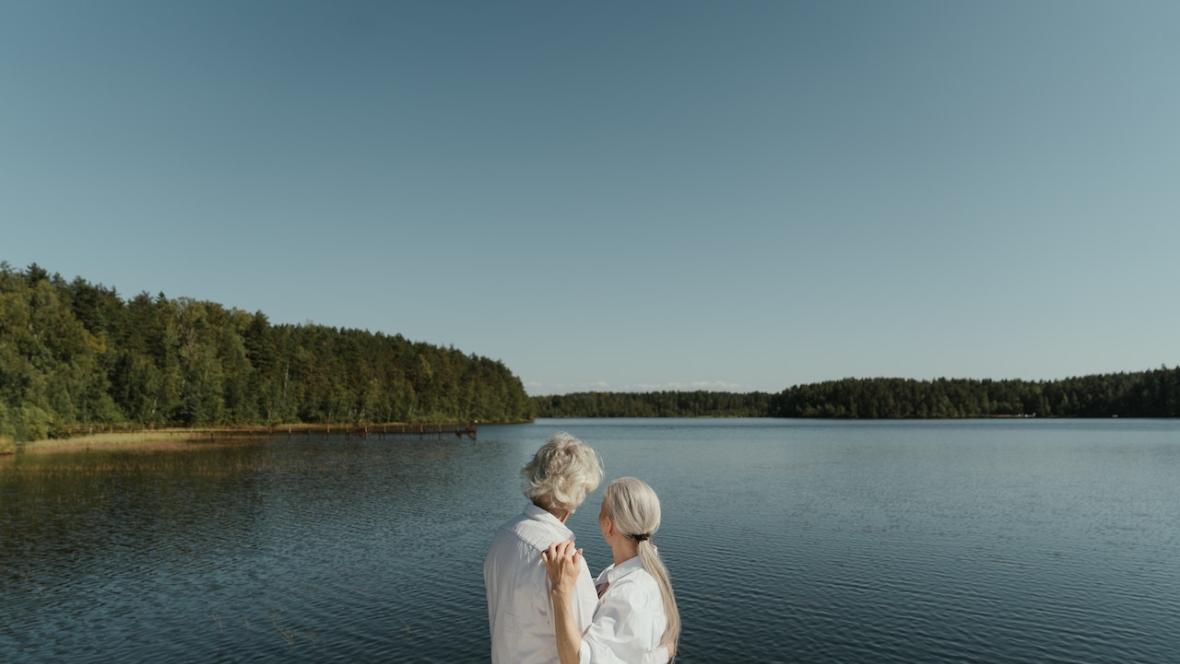