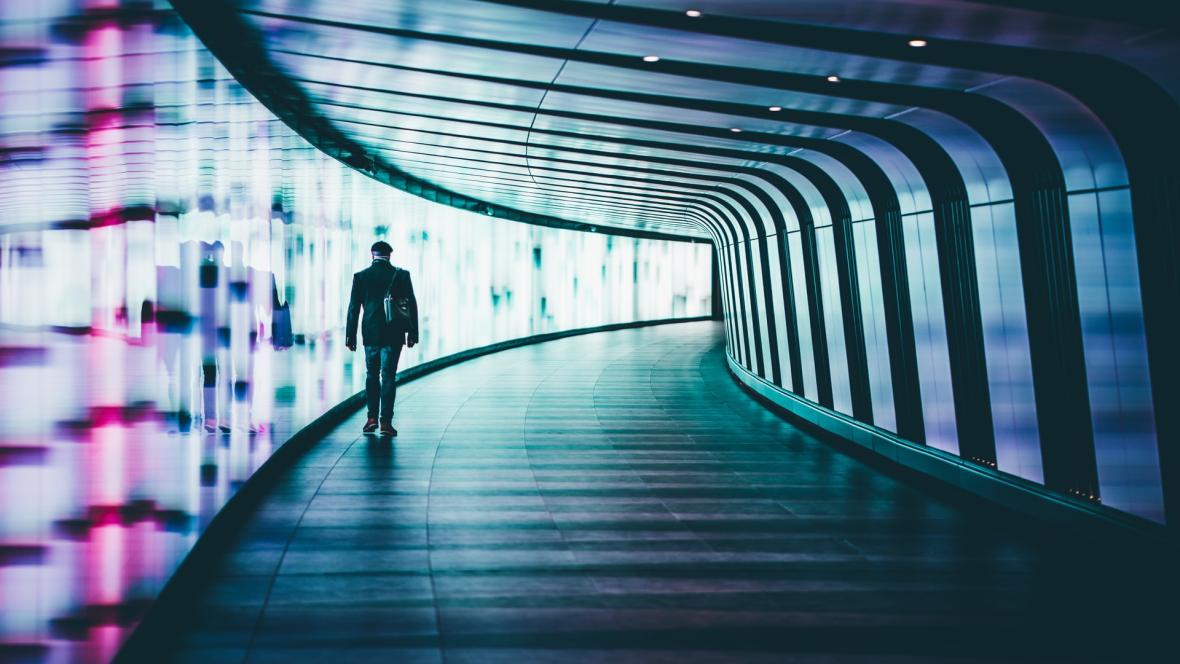 How to evaluate buildings, residences and equipment for the elderly: to recognize if they have enough characteristics so that all residents, in their diversity of states and conditions, feel comfortable, enjoy autonomy and at the same time feel safe and protected? All characteristics are related to physical and motor, sensory aspects of perception and cognition.

We will try to find the answer, or one of them.

In 2011 I started working on the model for designing accessible spaces, work that culminated in 2018 with research that resulted in a set of indicators to calculate the Cognitive Accessibility Index1.

What is cognitive accessibility?

It is the ownership of environments, buildings, processes, goods, products, services, objects or instruments, tools and devices that are easy to understand. Together with physical accessibility and sensory accessibility, it is an indissoluble part of universal accessibility.

What is a cognitive accessibility index?

It is an index that, based on 28 indicators of cognitive accessibility, helps to know the environmental quality of environments and buildings in order to identify, as a final result, if the spaces are understandable, accessible, comfortable and friendly, concepts all of them based on the spatial functioning of people with orientation, comprehension and spatial direction difficulties.

In 2020 and still limited by the pandemic, with great care and attention to the human nervous system, I found it interesting to pass the table of 28 indicators of the cognitive accessibility index for all types of environments and buildings to those specifically intended for residential use or equipment for the elderly.

Older adults must be cared for, pampered, and this means thinking about how to deal with such diverse characteristics as the differences imposed by age on people who age only in those circumstances that are almost inevitable for obvious reasons: when there are changes in the system: some more tiredness, slight forgetfulness, that is, preclinical situations.

But when those that are prodromal begin to be recognised: physical and cognitive deterioration and the clinical ones, dementias, have to be stopped before making a decision that could mean isolation, fear, stress, emotions that create states of illness where perhaps there were none before. And in architectural projects we have to stop even more: the habitat can end up collaborating in the consolidation of states of illness or health.

The background to this proposal, which is underway but not yet consolidated, can be found in research into the functioning of the human nervous system (HNS) and the need to propose spatial scenarios or patterns adapted to the blockages that the organic systems participating in the spatial experience may suffer, associated with the appearance of physiological-cognitive-motor-emotional reactions in ageing (already published in this blog).

Beyond these general considerations, there are some components of the SNH that should modify or focus on concepts such as friendliness and friendliness that can be ambiguous if their constructive characteristics are not defined, i.e. their functional and formal organisation and their relationships of structure and spatial functioning.

This new incursion would mean an advance because it would allow, beyond common sense and serious methodologies such as Person-Centred Comprehensive Care, to provide important assessment formulas for the diagnoses carried out in different types of habitat for older adults: day centres, short and long term residences, cohousing.  And especially those carried out in urban environments taking into account aspects of the habitat demanded, in a very timely manner, by the users themselves, such as green areas and recreational areas.

With the same logic and greater depth, it would be advisable to incorporate aspects of general neurological functioning into the design, as well as other more specific aspects such as visual problems, reading difficulties, distractibility, which, added to the physical imbalance, require very clear messages from the environment in order not to increase the difficulties of wandering.

For those readers who are not familiar with cognitive accessibility indicators on the one hand and neurological profiles on the other, we refer to the specialised literature that describes both constructs extensively and thoroughly.

However, as we do not want them to interrupt the reading, since what is interesting is that this little explored subject can be disseminated in the aspects that concern older adults, which is crucial for people's health, both sets are schematised so that they can continue with the reading.

- Defined on the basis of a spatial system of structural, relational and communicational supports: in short, they constitute a set of spaces that permanently and without interruption throughout the space speak to people.

- Formal, functional, special attention to the obstacles of attention or distractibility. - Sequence and spatial synapses that maintain the sequence without fractures - Signalling of going and returning.

- The SNH that in each person is responsible for the task of spatial monitoring: orientation, direction, location. In this way, the person can communicate in a sensory, perceptive, cognitive and motor way from his/her place.

Functional, are those that describe partial or particular processes such as vision, hearing, sensory afference and perceptual, cognitive and motor efference:

The opportunity of indicators as spatial coordinates

Starting with the 28 indicators for the year 20202 , we begin by analysing which ones should be taken into account because they could be decisive for the physical, cognitive and emotional aspects: they would thus constitute the ones that will most strongly influence the design of the habitat.

Then, taking into account the neurological profiles of ageing, a new set of indicators for ageing in its three stages and its diversity of states could be consolidated:

Pre-clinical: ageing as expected, without connotations of disease or cognitive impairment.

- To establish design rules for the evaluation and subsequent adjustments in terms of neuronal orientation, direction and activation, through the Support System - relations of forms, functions and metric dimensions, in sequence without fractures. Based on the indicators of cognitive accessibility already established, based on theory and experience. Those involving important afferent and efferent, executive and motor behaviour processes, which carry out systems and subsystems with very specific action functions for wandering.

As the whole is still under study and as an example some cases are put forward, so the readers can get an initial idea. The spatial patterns refer to the final images. 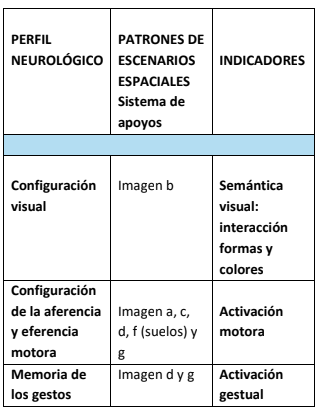 The images reflect how existing spaces should be adapted (adjustments) to meet the above conditions, which will soon be identified as indicators of cognitive accessibility in spaces for older adults. In new buildings the project should include from the moment 0 to these design indicators.

The following partial images correspond to the proposal carried out by the author in the Miguel Delibes Day Centre of Madrid City Council. 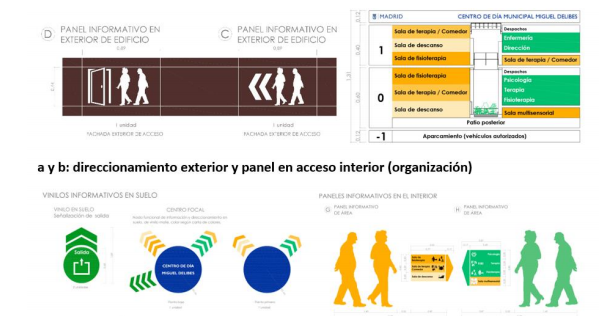 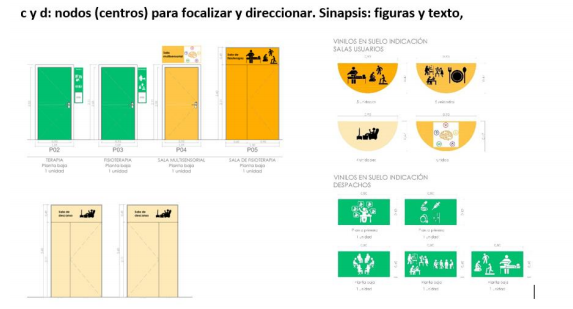 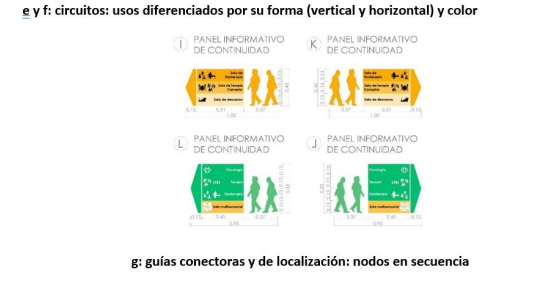 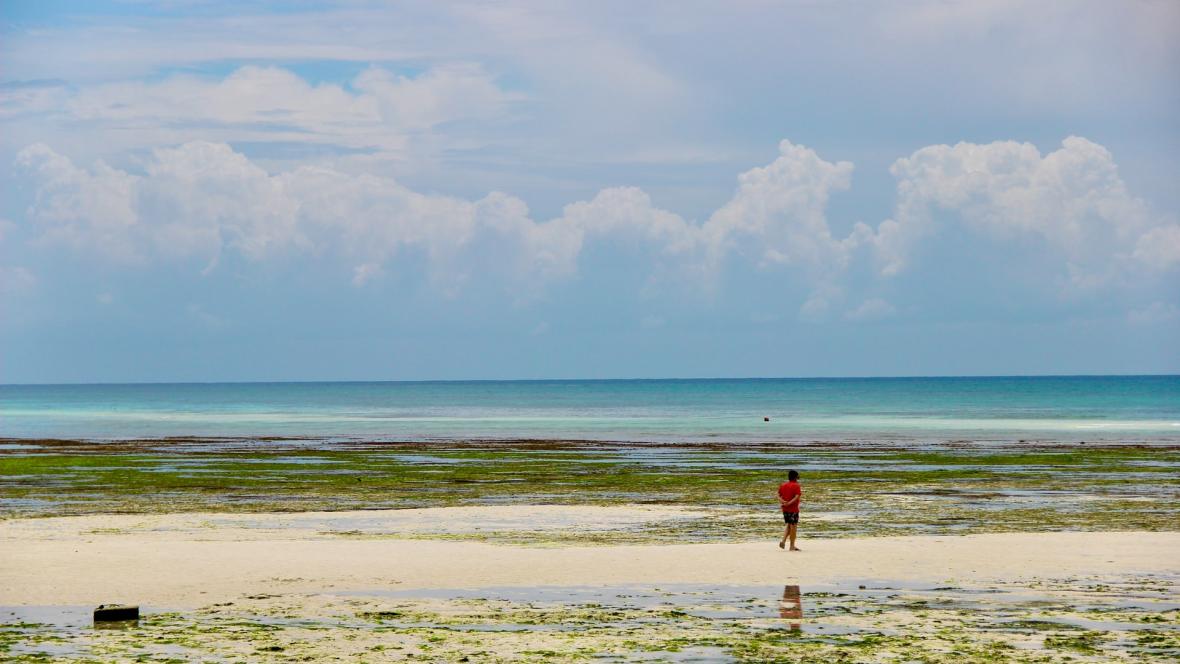 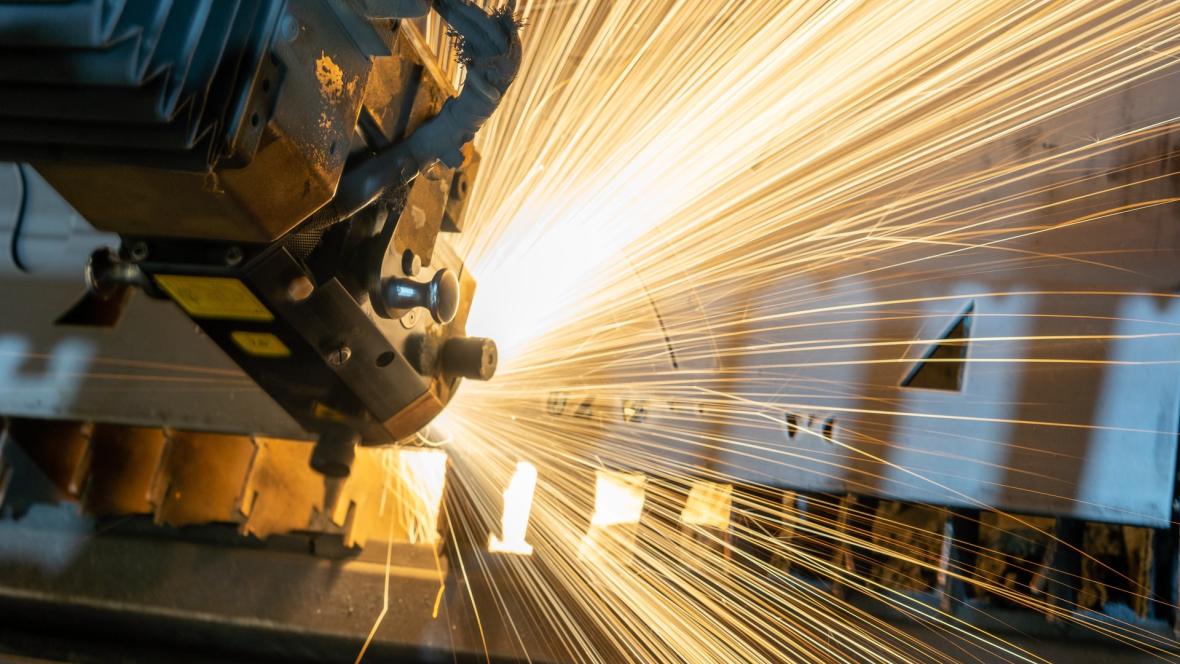