Right to shade in the city - where are the trees? 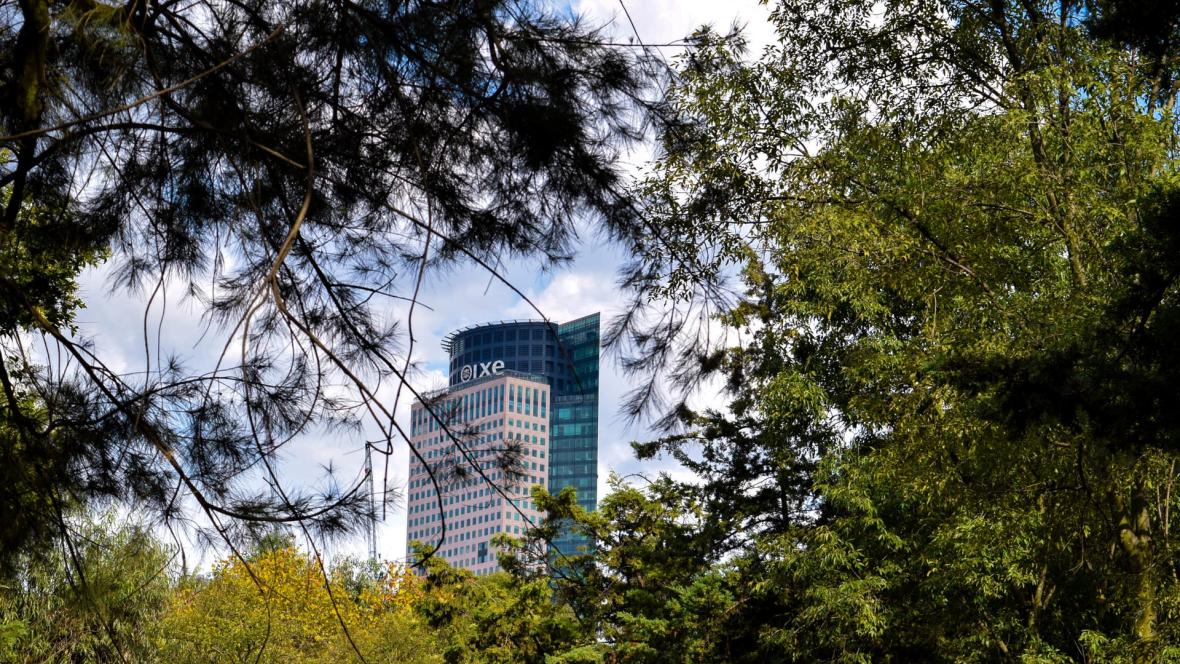 The excessive heat we are feeling these days forces our body to make a great effort to adapt in order to maintain a normal temperature. As a result, we sweat a lot more, our veins dilate, we feel very tired and we find it difficult to rest. In addition to the discomfort and sweating, you will probably notice some other manifestation that bothers you, even if only slightly, and that indicates that your body is experiencing this overexertion. In my case, for example, my hands swell, so much so that not only is it impossible for me to wear rings (at the risk of losing my finger), but I also notice changes in the mobility of my fingers. The discomfort and strain you may have noticed are greater at the beginning of the heatwave, when the body is not yet used to the high temperatures. They will also be greater if the excessive heat continues for several days or if the days and nights are hot (there is no "respite" for the body) as well as when it is very humid and there is no wind (which is why some of us say that we prefer the "dry heat" more typical of inland areas of the peninsula).

These discomforts, although important, albeit minor, remind us that heat waves are dangerous for our health. So much so that Hans Kluge, the regional director of the World Health Organisation in Europe, noted with concern a few days ago that, due to the heat, there have been 1,700 deaths on the Iberian peninsula (Spain and Portugal) so far this year. The expert points out that these are avoidable deaths.

In addition to the discomfort of having to listen to the discomfort of others (yes, sometimes it's hard, too), excessive heat causes sunstroke and hyperthermia, the latter of which can lead to death. Heatstroke is a mild dehydration of the body (which makes us feel very bad, however mild it may be) while hyperthermia occurs when our body temperature rises so high (it can reach 40, 6º C) that the body's thermoregulation system cannot function properly. So to speak, the body cannot cool itself and extreme dehydration of the organism occurs, which can lead to death. What are the symptoms of hyperthermia, popularly referred to as "heat stroke"? According to the Ministry of Health, the main symptoms are, in addition to the feeling of heat: dry and red skin, rapid pulse, intense headache, confusion and finally loss of consciousness. What can we do in these cases if it happens to a person around us or to ourselves? In addition to calling the emergency services (the first thing to do), we should try to reduce the heat by drinking water slowly, staying in a dark room, using cold water cloths on the body, taking a shower... Or seeking shade as best we can as soon as we notice any symptoms.

As might be expected, exposure to high temperatures does not affect us all equally, with excessive heat affecting people at the extremes of the life cycle - children and the elderly - more severely. It also affects more those with pre-existing health problems, pregnant women, and those of us who live in cities, because the temperature in these environments is higher. As I read a few days ago (I can't remember where) "It is not too hot in your city. There are just too many cars and too few trees". In short, older people living in the city are most at risk.

Urban areas are particularly vulnerable to heat because of the high population density and the concentration of infrastructure, resulting in the "heat island" effect, which makes the temperature in cities much higher than in the surrounding areas (e.g. villages). Why are cities more vulnerable to heat? Because in cities we have a habit of replacing natural ground cover with pavements (pavements, asphalt) and buildings, which absorb more heat and release it more slowly than, for example, a forest would. Added to this is the heat and pollution generated by traffic and industry. In other words, everything around us in cities (I am thinking especially of concrete squares) absorbs heat during the day, so that surfaces remain warm, and release that heat at night. Paradoxically, we go indoors (our houses, big shops) and resort to air conditioning, which will contribute to increasing the heat outside.

One thing that could reduce the heat would be, for example, trees. Green infrastructure also has a natural ability to act directly as a barrier to heat and to remove pollutants from the atmosphere by absorbing gases. They also have other wonderful virtues, such as preventing the spread of noise (they absorb it), they can strengthen people's attachment to their communities, and they are an important factor in community identity. When you close a park, you close a possibility (to escape the heat) and a symbol as well. To say that a greater presence of green spaces would be positive for older people is more than clear, as is the fact that it will also be positive for the population as a whole, regardless of their age or state of health.

Beyond answering (or asking) whether our cities are ready to respond to the need to escape from the heat (spoiler: no), the question I am interested in answering is another one. Given that (i) older people are at greater risk of heat stroke or hyperthermia, and (ii) that shade from trees is an economical option that reduces heat, is there an equitable distribution and access to green spaces for older people in the city? In other words, do all older people have the same "right to shade"?

This is what a fellow researcher and I try to answer in the article from which I extract these data (which you can find here). In this research we decided to focus on Madrid, as it is the most populated city in Spain and, therefore, the city with the largest number of elderly people. As a researcher, it is easier for me to focus on a city I know well, although I promise to extend my observations to other spaces. However, despite this "madridcentrism", we can use the city of Madrid as a case study that is characteristic of the way cities are made today in Spain and in an increasing number of countries.

What we did in this article was to analyse the availability of green areas (surface area in hectares per district) and relate it to the total population and to the population over 65 years of age. This is a "crude" indicator, no doubt, but it helps us to see the potential availability, in spatial terms, that older people have to green areas in the place where they live. The table below ranks the districts assessed according to the number of hectares of green space available per 10,000 older people (green space ratio, ordered from "best to worst"). The third column expresses what proportion would be available for older people taking into account the total number of potential users of green space in the district. The fourth column takes into account the whole population (although in the ranking order we have given priority to the elderly). 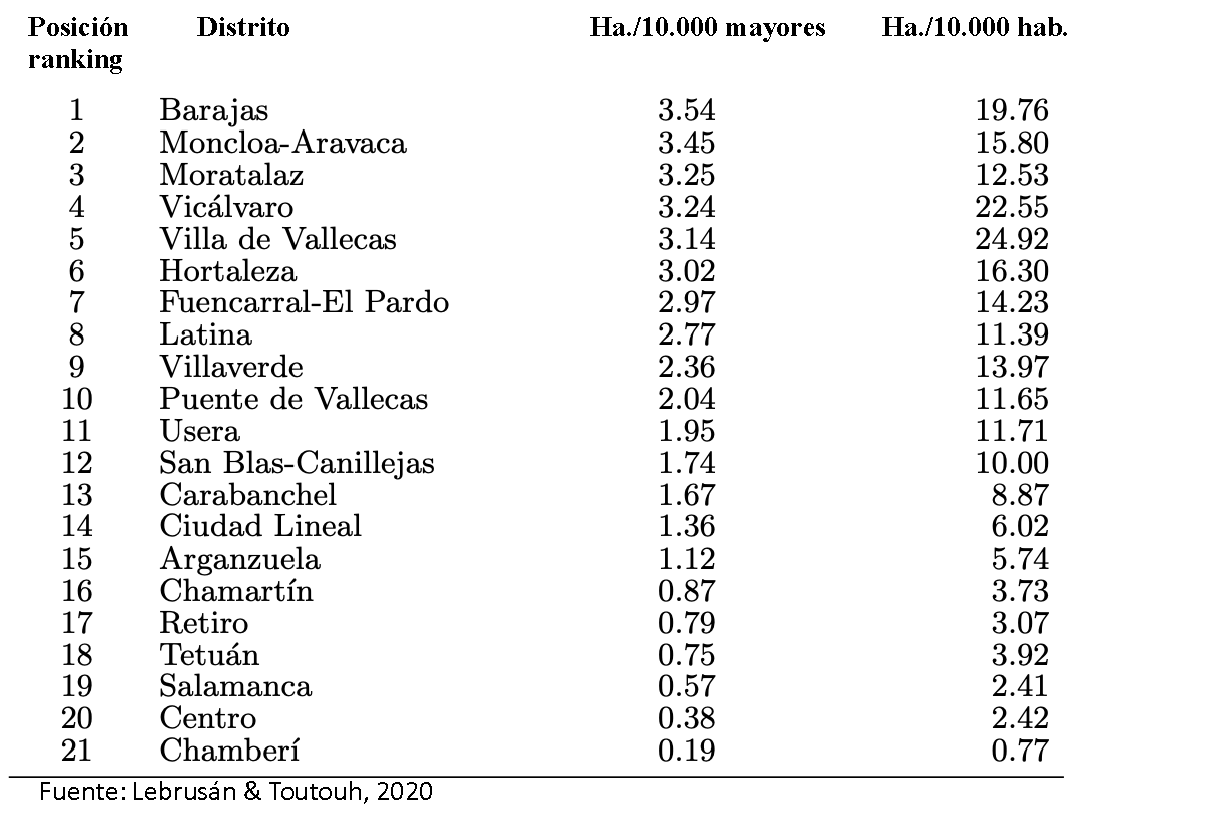 It is easier to understand this if we translate it into a map: in this case, darker green indicates more hectares per older person (better districts to escape the heat, according to this metric), so the lighter the district, the less availability of green space for older people to cool off in. 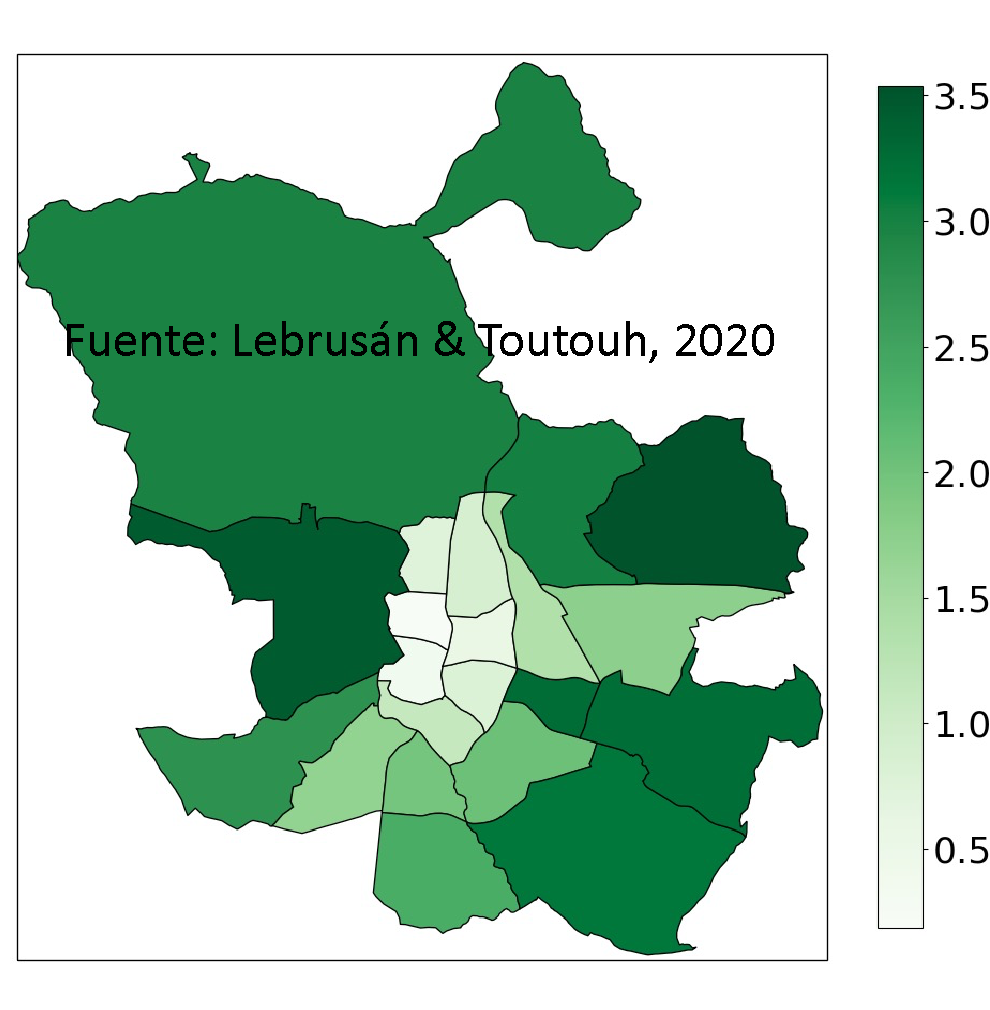 As we can see in the map, the central core area offers less green space to the elderly, while the newer, less dense areas in terms of urbanisation offer a better result. It is important to note that the three best districts in terms of this metric are not the ones that offer the most green space per inhabitant (as we can see in the table above). Thus, Villa de Vallecas is the district that provides the most green space per inhabitant, but the fifth in order if we consider only the elderly. Finally, there are notable differences between the best and worst districts, with Barajas providing 20 times more green space for the elderly than Chamberí.

In short, the central areas do not provide enough green spaces for their older residents, while this lack of green spaces seems to be less in the peripheral areas (better urban design?). I am aware that this has several readings and needs further analysis, and that I raise more questions than I resolve doubts. Allow me to raise all these new questions to put on the table the need to rethink cities, and to make us look at the shortcomings of cities to ensure our quality of life. We know that temperatures will continue to rise, that we are obliged to reduce emissions and to comply with international climate change treaties (such as the Paris Agreement). We also know that the future of old age is urban: more and more of us will reach old age in cities. I wonder if thinking about these issues, if being aware of these realities will allow us to anticipate future problems and needs, and if our cities will be able to respond to the needs of those who live in them and will live in them in the years to come. 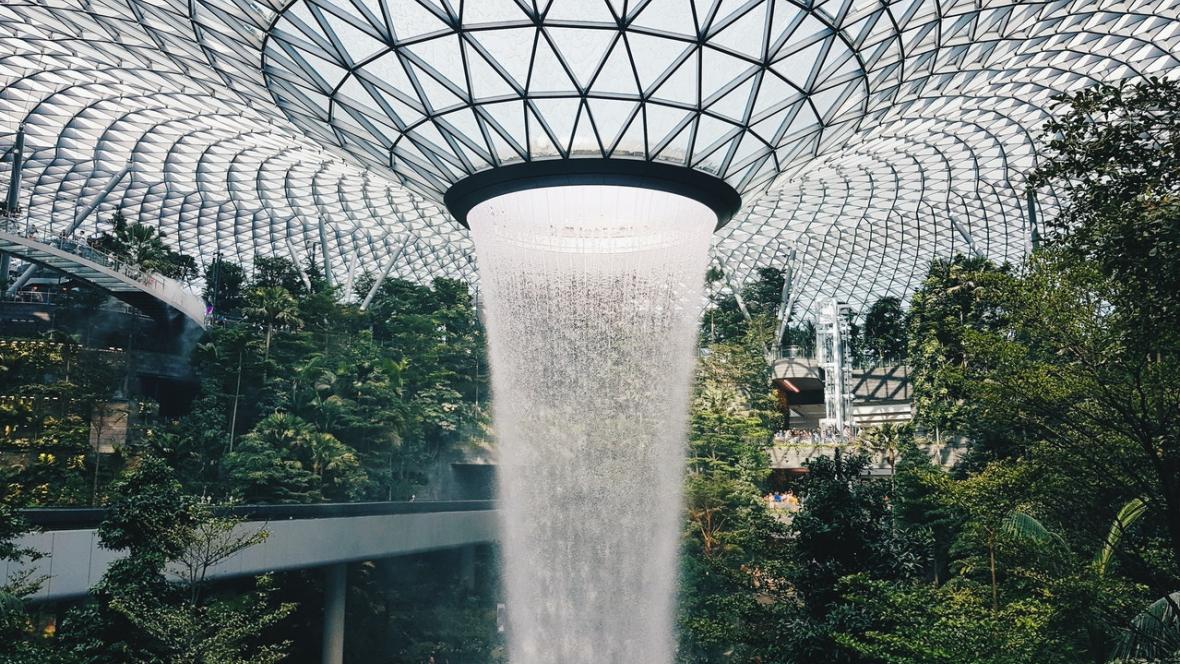 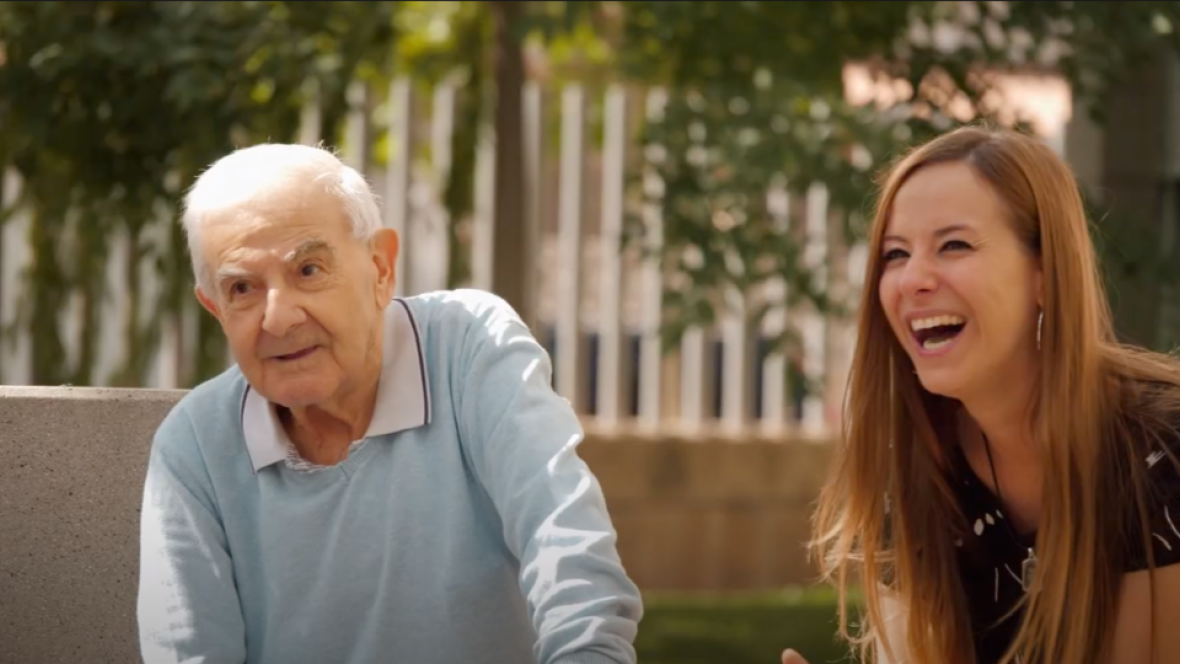